NewsHome / News / What is the knowledge about e-ptfe nano mask film?

Home / News / What is the knowledge about e-ptfe nano mask film?

Many textile manufacturers know that PTFE membrane has functions such as waterproof and moisture permeability, but it is not clear that only ePTFE membranes really have functions such as waterproof and moisture permeability. The preparation of PTFE membrane is divided into: turning, calendering, casting, blow molding, stretching and other processes, and only the biaxially stretched expanded polytetrafluoroethylene has fibrous pores, which is an ePTFE microporous membrane.
ePTFE is a microporous membrane formed by expanding and stretching polytetrafluoroethylene as raw material. The experiment found that the surface of the PTFE membrane was covered with fibril-shaped micropores, with as many as 9 billion micropores per square inch. The cross-section was a network structure, and the three-dimensional structure of the pores had network connection, hole inlays, and curved channels. And other very complex structures. The ePTFE microporous film has good thermal stability and wide operating temperature. It can work continuously from a low temperature of minus 200°C to a high temperature of minus 260°C, with a melting point of up to 327°C, non-combustibility, excellent chemical stability and resistance It has good acidity and alkalinity, and can be used in many highly corrosive media with small friction coefficient and strong hydrophobicity. The pore size is small (average pore size 0.2mm), blocking the penetration of certain toxic gases or aerosols, and the low surface can prevent the penetration of certain toxic liquids.
The use of ePTFE membrane in outdoor garments. The diameter of the clothing membrane varies from 0.1-0.5 microns due to PTFE micropores, while the diameter of water vapor molecules is 0.0004 microns, and the diameter of the lightest mist in rainwater is 20 microns. The diameter of drizzle is as high as 400 microns. The pore diameter is between water vapor and rain. The diameter of the micropores is smaller than the smallest light mist of water molecules and much larger than the diameter of water vapor molecules. It can make water vapor pass through but water droplets cannot pass through. The microporous structure can achieve excellent waterproof and breathable function, so it is the top waterproof and breathable material.
In addition, because the hole is extremely small and irregularly arranged in a longitudinal direction, the wind is impermeable, which has the characteristics of wind protection and good heat preservation. Special treatment is carried out on the ePTFE film, and its firmness and durability are greatly improved. After being compounded with other fabrics, it is widely used in military clothing, medical clothing, casual clothing, fire protection, biochemical protection, antivirus, flooding operations, outdoor sports Clothing, shoes, hats, gloves, etc. and sleeping bags, tents and other materials. The technical parameters are as follows:
Thickness 20um-50um Moisture permeability 16000g/㎡? 24hr Hydrostatic pressure 10000mm UV resistance 97℅ Width: ≤1700mm Weight 8-16g/m2
The ePTFE membrane has excellent moisture permeability, which can timely transmit the steam discharged from the human body to the microclimate, prevent the water vapor from condensing into liquid water, and reduce the possibility of water conducting heat. Although the surface of the film is dense with a large number of micropores, the wind cannot penetrate, effectively preventing air convection. Tests show that in 25m/s high winds, the thermal insulation effect of laminated fabrics is 30-40% higher than that of traditional down jackets. From 1982 to 1983, Japanese mountaineers wore American Gore-Tex clothing and climbed to a mountain with an altitude of 8,000 kilometers many times. The clothes withstood the test of -30 ℃ and wind speed of 30m/s. The athletes did not have any frostbite. .
Through the use of ePTFE filtration technology to make N95 protective masks, the performance of breathing protective masks has been improved by leaps and revolutions. This means that any particles larger than 0.2 microns, including a variety of bacteria, cold viruses, etc., are almost completely filtered. 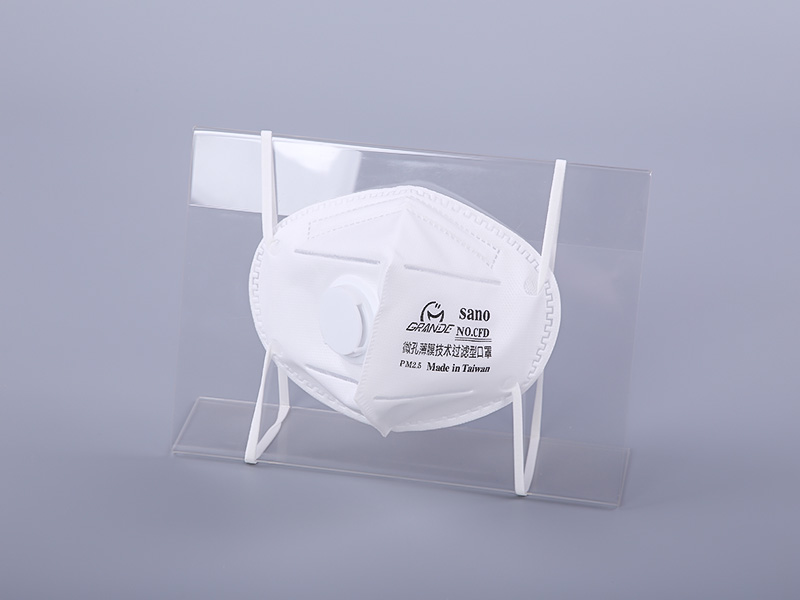